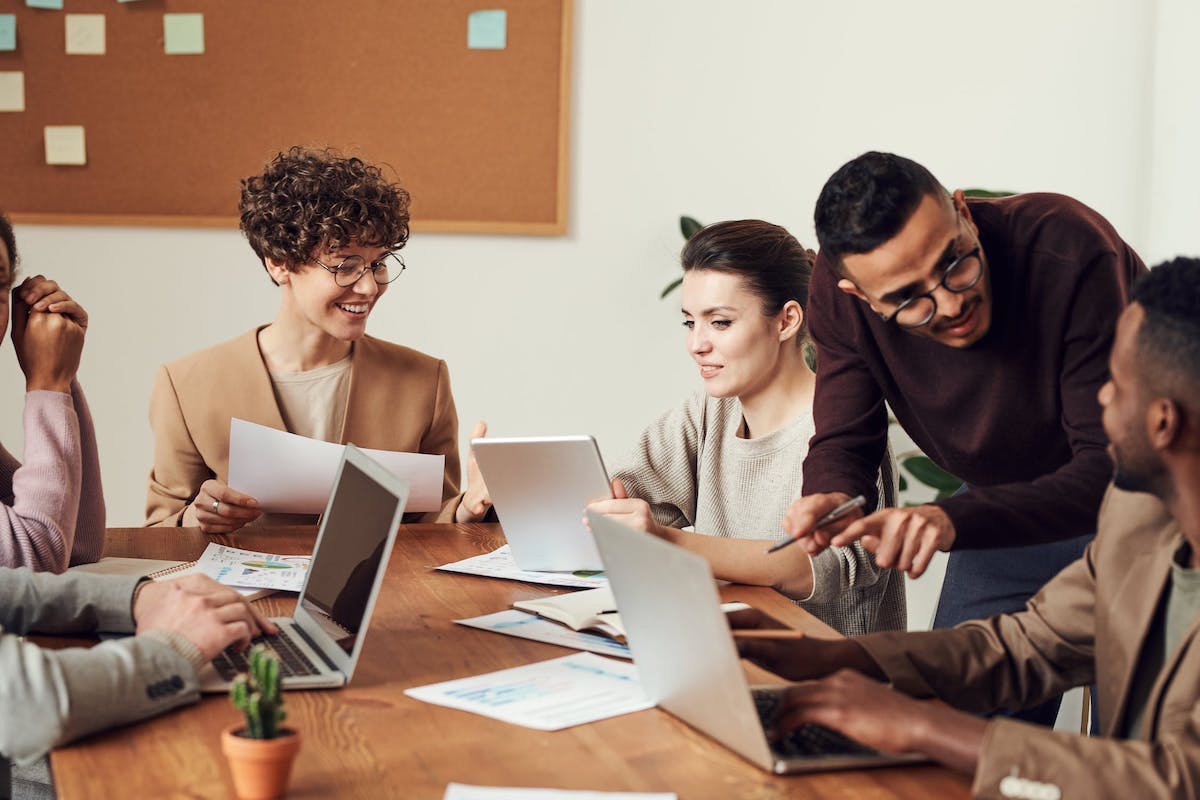 The pandemic has changed every part of modern life, from where we work to how we shop, but it’s also forced many organizations to rethink their approach to leadership.

Joe Gerstandt, an expert, speaker, and author on organizational diversity and inclusion, believes having open, honest conversations is key to cultivating high-performing teams. Gerstandt facilitates training workshops focused on diversity, inclusion, and innovation with organizations across the country.

Gerstandt shared the latest techniques for modeling and encouraging candid conversations in a time of rapid change during a recent Digital Shelf Institute webinar, “Making Brave Spaces: Principles for Leadership in a Time of Change.”

Psychological safety — or the belief that team members shouldn’t be embarrassed, rejected, or punished for speaking up — is critical to foster open dialogue in the workplace, Gerstandt says.

Here are his insights for how managers and leaders can create a safe space for employees to express their ideas and how they can build more collaborative, engaged, and high-performing teams, even in the midst of change.

The Fear of Being Different

Even companies that have a stated commitment to inclusion have challenges creating an inclusive culture, Gerstandt says.

Research conducted by two New York University law professors, Kenji Yoshino and Christie Smith, supports this. They found that fear of being different stifles talent. The researchers surveyed 3,000 employees from 20 different companies across 10 industries, and 61% of respondents said they felt subtle or overt pressure to hide or play down some aspect of their personality or identity at work.

Gerstandt says sometimes this behavior shows up subtly. For example, sometimes people change how they dress to conform to unwritten workplace rules. These rules dictate how they’re supposed to present themselves based on their role, department, or level within the company. Sometimes it appears in the form of people changing who they associate with at work because they don’t want to be stereotyped. In other instances, people may keep their ideas and questions to themselves.

The Danger of Groupthink

For companies to adapt and evolve, they must embrace the diversity of thoughts and experiences within their team. However, groupthink often prevents this from happening.

“We've got this staggering, amazing, beautiful resource—the mix of identities, the mix of perspectives that’s in the workforce. It's an incredible resource. It's also a huge investment for a lot of organizations, but what the data suggests is that six out of 10 of them [employees] are afraid of being different at work. Another way to say that is six out of 10 of them, at least in some situations, are afraid of telling the truth to each other,” Gerstandt says.

Gerstandt explains that because of this groupthink has become the default mode on most teams. We tend to view groupthink in its most extreme forms, but it often happens in the workplace for mostly benign reasons.

For example, an employee may not want to cause conflict by raising a point that will extend a meeting. They may also be afraid to share their idea in a room with other employees from different parts of the organization.

“It happens at all levels—work teams, management teams, leadership teams, executives and boards of directors that are staffed by people who have incredible expertise and experience. However, they don't know how to disagree well with each other,” Gerstandt says.

The Power of Disagreement

To Gerstandt’s point, companies are sometimes filled with people who “don’t tell the full truth to each other.”

They’re afraid to disagree, so they stop sharing bad news because they’re worried about how it will be perceived. Gerstandt says how leaders receive and respond to information can determine how truthful their teams are with them and each other. It can also determine whether the teams feel safe sharing their ideas and perspectives, even when they diverge from what everyone else thinks.

“I'll go so far as to say as an individual leader, until you reward people for disagreeing with you, they're probably never going to tell you the whole truth,” Gerstandt says. “There are simply too many real or perceived consequences.”

“A lot of leaders are pretty good at inviting feedback. They say they have an open door. They want to hear everybody's feedback. I think, intellectually, they believe that, but there's a little bit more work involved. You've got to be pretty proactive, deliberate and intentional in proving to people that it's safe to share those things, because otherwise—at least in perception—there's just too much risk involved,” Gerstandt adds.

To reduce this real or perceived risk, leaders must focus on fostering psychological safety within their teams.

How to Cultivate Psychological Safety Within Your Team

Why is psychological safety so important? One Google study points to the answer.

Google wanted to find out what factors contribute to creating a talented team. The company’s study tracked 180 internal teams across more than 250 attributes and involved at least 200 interviews with employees.

Google discovered several factors contributed to creating a talented team. One important factor is dependability. For example, team members depend on each other to get things done on time and meet a certain level of excellence. Structure and clarity are also essential, as team members need to have clear roles and goals. However, psychological safety is the top indicator of team performance.

If you’d answer “no” to most of these questions within your workplace, there are several things you can do to change the dynamic and create a safe space for team members to share their perspectives.

As a leader, it’s important to get to know individual employees on your team, their communication styles, how they handle conflict, and the ways in which they’re different. Gerstandt says many leaders may want to do this, but they have to be intentional about it and set aside time to make it happen.

“Disagreement done well is maybe the single highest-level skill set for a group of people who works together,” Gerstandt says. “A lot of leaders intellectually know that. The reality is that if today everyone just nods their head in agreement, my day is going to be simpler, easier and more efficient. It's important work to do, but it's also unpleasant, difficult and complex and it's emotionally taxing.”

Gerstandt adds that it’s important for leaders to dedicate time to things that may be uncomfortable to discuss, to embrace hard questions, and to learn from failure. If leaders don’t take these actions, groupthink will take hold.

Leaders also should set clear expectations. The people on your team need to know what you expect from them and what goals they’re working toward.

“If you can simply say to your team out loud in advance, before you start doing anything, ‘This is what we're going to do today,’ ‘This is what we're doing in this meeting.’ ‘This is how we're going to do it and this is how you're expected to participate,’ based on my observations that will make you above average,” Gerstandt says. “The more clear the expectations are, the safer it is for folks to do it.”

Gerstandt gave the example of one team he worked with that set ground rules that included no cell phones in meetings. The team also gave people on each side of an argument the chance to explain the opposing side’s point of view to actually understand where the other was coming from.

Their rules also included giving each person — regardless of their level in the organization — the same amount of time to go on the record with their viewpoint so the conversation wasn’t lopsided or geared toward those in power. Additionally, the team made sure those who held the most power in the room spoke last. By doing this, other team members weren’t intimidated to share their point of view or unintentionally pressured to conform to that person’s perspective.

Gerstandt says when companies are intentional about implementing these practices, fostering a sense of psychological safety can lead to more employee engagement, satisfaction, and better team performance.

Listen to the full podcast to learn more about how leadership can pave the way for openness, vulnerability, and constructive disagreements in the workplace.

Jascha Kaykas-Wolff of Lytics: How Brands Can Make Better Use of Customer Data

Evan Horowitz of Movers+Shakers: How TikTok Can Help Your Brand Drive Billions of Views