Why Isn’t Livestream Shopping Catching On in the United States? 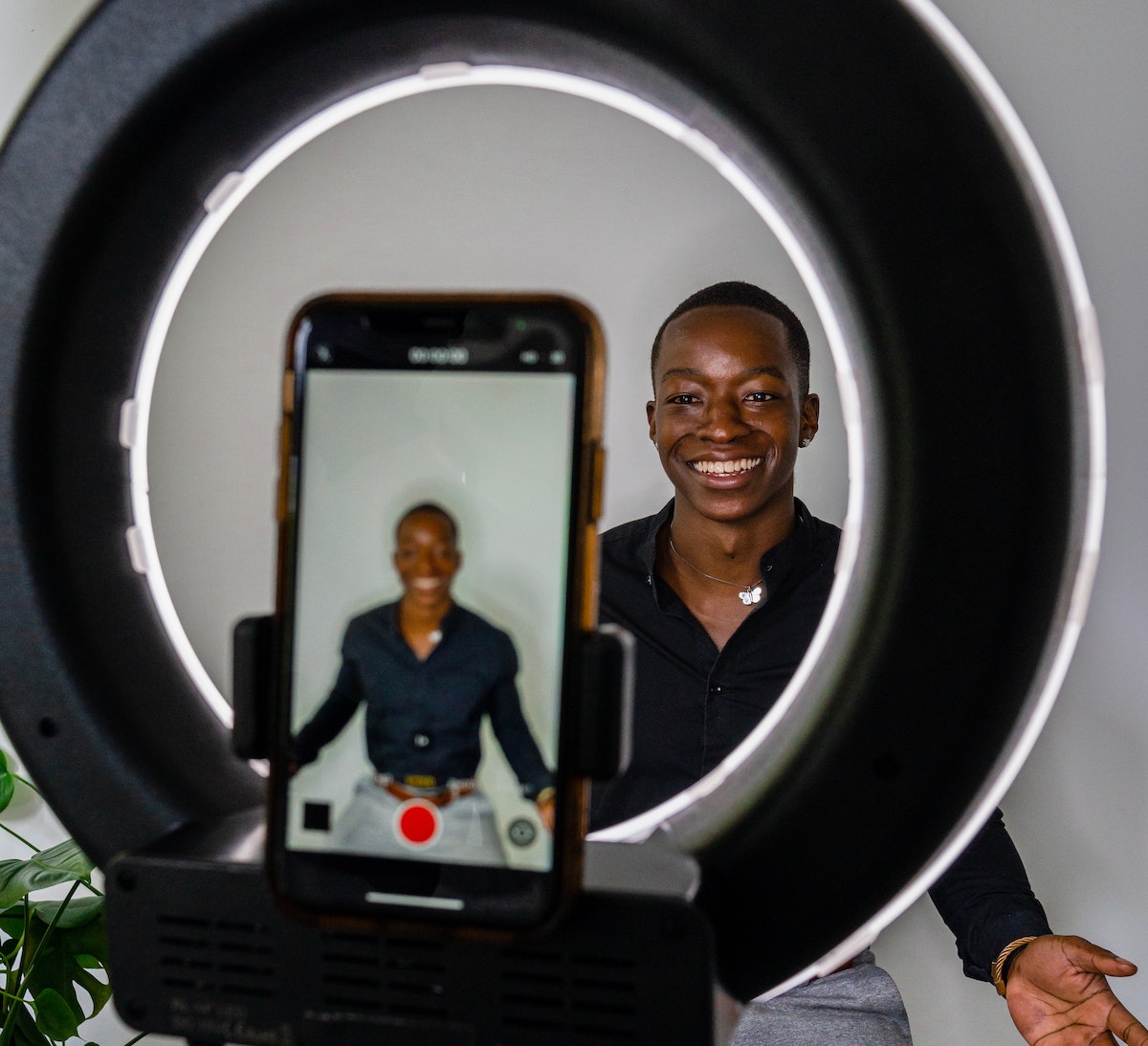 Livestream shopping was supposed to be U.S. ecommerce’s next big thing, yet still, it languishes. What’s going on?

I’m SJ Petteruti. You may remember me from Salsify webinars such as “Consumer Research Report 2022 Deep Dive” and “Cosmetics & Personal Care Industry Trends.” I’ve been researching and writing about the ecommerce industry for the last five years, focusing primarily on emerging consumer trends and data management best practices.

Last year I wrote about livestream shopping, the potential it had, and why it hasn’t yet lived up to expectations in the U.S.

The article focused on a livestream event I attended produced by a well-known national retailer — and there were plenty of, let’s say, “opportunities for improvement.”

Since then, you might think that with the limited access consumers have had to in-store shopping, the increased demand for personalization, and the emergence of the metaverse, the U.S. would have taken some steps forward — but it hasn’t.

Apparel and cosmetics companies still talk about investing in it, and analysts are still bullish on its potential. But let me ask you this: How many livestream events have you purchased products from?

Livestream shopping in the U.S. grew modestly between 2020 and 2021, moving from $6 billion to $11 billion in sales, according to Statista.

Meanwhile, in China, livestream revenue is soon expected to drive half of all ecommerce sales. Last year it raked in about $356 billion in sales — up from $194 billion in 2020 and $65 billion in 2019, per Stastista.

The U.S. usually leads the pack when it comes to adopting new technology. Although it’s slowly ceding that privilege to other nations, when the U.S. isn’t the cultural zeitgeist, it usually follows suit pretty quickly, as highlighted by The Atlantic. With livestream shopping, however, the U.S. is not keeping up with the pace.

To be fair, the rate of livestream growth in the U.S. between 2020 and 2021 was about the same as it was in China, but you can’t ignore the difference in the market share.

Part of the reason for this may be that livestreaming in China was primed for the tipping point brought by COVID-19, whereas it was still burgeoning tech in the U.S.

But part of the issue also stems from three significant differences in how livestream events are being produced:

Step Into the Light: U.S. Livestream Shopping Is Not Produced Well Enough

I got news for you, folks, the omnichannel trend is only going to continue. No one is ever going back to mainly in-person with conference calls just to supplement. From here on out, a part of the audience will always be watching through video.

If you’re wasting your time falling for the suggestive impulse-buying of Shoptail — stop — and start investing in how you network online.

The technology is cheap enough. For 100 bucks, you can get a decent light and a decent mic to spruce up your appearance and sound.

Framing matters, too. Granted, this isn’t something that’s always easy for people without a production background to understand, but too many U.S.-based livestreams feature the face of the “influencer” sitting in an underwhelming environment (like their closet) and not showing enough about the products.

Meanwhile, Chinese livestreamers like Viya are using multiple cameras, broadcasting from famous landmarks, and making sure the product is the center of attention, as shown by the South China Morning Post.

How you look and sound on virtual broadcasts matters — whether it’s a livestream shopping event or a Zoom. These events are your opportunities for a first impression, so if it looks and sounds dull (or like you’re broadcasting from inside an abandoned shopping mall), you’re making the wrong statement.

Get In Focus: U.S. Livestream Shopping Is Not Consumer-Centric Enough

Despite being about shopping, U.S. livestreams are too focused on selling. The format of their broadcasts is from the perspective of the seller, according to Marketplace Pulse.

This is most likely because the people driving these productions are product marketers, who spend all day thinking about the product, since they are the voice of the product.

Instead, they should be thinking about the customer. And delivering the broadcast to meet their perspective.

Consumers want to see themselves in these products — and they want to understand how to use the product, how it will fit into their lives, and what people like them think about it.

U.S. livestreams are relying too much on the celebrity of the influencer. And the hosts are too out of touch.

When Miranda Kerr is hawking makeup and talking about the events she attends with her billionaire husband, it’s hard for the average consumer to relate.

Contrast this with Austin Li Jiaqi, a part-time retail salesman who was barely making ends meet before he started to do livestreams.

Today, he’s one of China’s most successful livestream influencers — famous for trying on 380 shades of lipstick in two hours, earning him the name “the Lipstick King” (or “Queen,” depending on which translation you read).

What makes Li Jiaqi successful is not his antics, but the energy he brings. He’s loud. He’s expressive. He makes his viewers feel like his message and the products he’s selling are just for them.

And that’s just the presentation side of livestreaming. Too many U.S. livestream productions have a clunky experience when viewers try to purchase the products being showcased.

Often, the product variants the influencer is showcasing aren’t displayed on the companion shopping interface. And when they are, the products can quickly sell out, or not even be in stock in the first place.

Livestreams also often showcase bundles of products, but all too often it’s difficult to purchase these bundles with one click.

U.S. livestreams need to raise the bar, both from a presentation production standpoint and a product availability perspective.

Clap Back: U.S. Livestream Shopping Is Not Interactive Enough

A core component of livestream shopping is the ability to comment on what the influencers are doing. And if there’s one thing that Americans and people around the world love to do on the internet, it’s talk about what other people on the internet are doing.

The traditional rule of thumb of social media platforms is that about 1% of the users do the creation, 10% do the commenting, and the other 89% do the viewing (and silent judging).

However, livestream channels like TalkShopLive can see considerably higher levels of audience engagement, according to a study in PLOS ONE.

Currently, the vast majority of comments that are generated during U.S. livestream broadcasts are ignored. This needs to change, and may require investment in a team of behind-the-scenes experts who can assist in providing the multichannel communication experience consumers want.

Livestream shopping’s roots may be in TV infomercials, but it isn’t the same kind of one-way communication channel. It’s an opportunity to engage in a dialog with the audience, and give them the interactive experience they’re looking for.

Maybe that means bringing in a studio audience — a foil for the hosts to talk to, to interact with, to provide a call and response — or even bring on stage.

Broadcasts in China offer giveaways of items. They have teams of reps who are exclusively focused on responding to customers and troubleshooting any issues they have. They invest in making sure consumers feel like they are part of the event.

Of the three shortfalls discussed, this type of interaction requires the most significant investment — so it's understandable that this tactic would be lagging.

It's considered standard practice to pursue a minimal viable products with as small of an investment as possible, but sometimes this restraint results in a whirlpool that drains the life out of an idea.

Livestreaming is still a nascent industry in the U.S. China was used as a comparison here, but the truth is, there are over 430 million livestream shoppers in China — about 100 million more than the entire population of the U.S., as highlighted in Forbes.

Clearly, there are some significant demographic differences between these two markets, but that doesn’t mean we should discount the opportunity to better leverage livestreaming.

The U.S. let 50 years slip by before it seriously started to take advantage of the revolutionary technology of the electric car. The stakes for livestream shopping may not be as high, but no one should hesitate to embrace superior technology.

The next installment of this series will explore some more tactical things brands can do — on a smaller or larger scale — to improve this experience.

Learn more about how to manage your product catalog for livestream shopping with Salsify.