Angela Mangiapane of Mars: How Brand Manufacturers Can Be Both Big and Fast 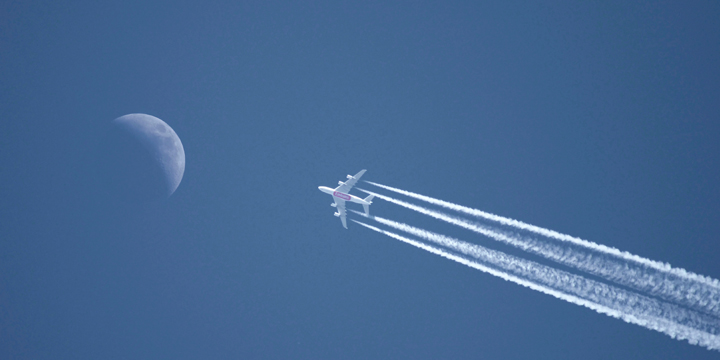 "It's OK to be 70% (perfect). That is still quality because it's defining 'What am I actually trying to test and learn from?' and then going forward with it."
— Angela Mangiapane, President of Mars Global Services

When you're a $35 billion company, moving at the speed of your customer is no easy task. Conglomerates haven't traditionally been thought of as agile, but Mars is turning that notion on its head by proving that you can be both big and fast.

The company, which is behind well-known food and pet care brands like Altoids, M&M's, Iams, and Pedigree, has been able to remain agile even with 100,000 employees and a multinational presence across the globe.

Angela Mangiapane, president of Mars Global Services, said the company has been able to achieve this because it made a decision three years ago to provide core services to each brand to retain the culture of Mars while allowing each brand to maintain a level of autonomy in how they ran their individual line of business.

Mangiapane shared her strategy for remaining agile as a multi-billion dollar brand on the Unpacking the Digital Shelf podcast episode "Can You Be Both Big and Fast?"

Build a ‘Spine for the Business’

The company created the Mars Global Services team to act as "the spine for the business" and handle core tasks like human resources, financial operations, procurement, operations, and talent acquisition for Mars, International. This "spine" frees other employees to focus on projects that drive innovation and build customer loyalty.

"The technology part provides us tremendous opportunities to achieve scale as well as value creation for the business that we never had an opportunity to do before," she said.

The infrastructure Mars has set up through its global services team is only one reason the company has become more agile. Mars also follows five core principles that have guided the company’s transformation:

Mangiapane said these principles are helping Mars move away from a core limiting belief that stifles innovation but that many big companies still embrace. The faulty belief, according to Mangiapane: “We need to have everything perfect before we can launch something” as opposed to testing, learning, and making it OK to fail.

Quality Must Be Defined and Revised

Many big companies believe that everything has to be 100% perfect before it goes into the market, but Mangiapane said companies must shift their mindset and say, "It's OK to be 70%. That is still quality because it's defining 'What am I actually trying to test and learn from?' and then going forward with it."

At a baseline, quality can mean a minimal viable product that allows companies to:

Companies should also be discerning about spotting their own failures and moving on when something isn't working.

"You can test lots of different areas, but then once you start to see a few of them germinate, you have to make the choice of taking those and then continuing to fertilize them," Mangiapane said. "Leadership is about choices and being very clear about not only what you're going to do, but also what you're not going to do. That this is really where our journey has led us to today."

Automation is a vital part of bringing products to market sooner. Mangiapane said Mars achieved this by embracing digital transformation to reduce the number of steps in its business processes.

"Every company has to do their accounting, but if you can remove the steps in that manual process and move that to automating, that's going to save hours for the associate [what Mars calls its employees], and then that associate can actually focus on 'What do I need to do to drive the business?'

Mangiapane said the efficiency principle isn't solely about driving down costs — it's more about innovation.

"It's really saying, 'How do I do things differently so I reduce the amount of time I need to work on something so that I can free myself up to actually see what I need to do to respond to my consumer?" she said.

One of Mars’ core values is that employees demand total responsibility for themselves and support the responsibilities of others. This value is different from other conglomerates, where multiple layers of management take away personal responsibility from individual contributors.

Mangiapane said this guiding principle empowers employees to figure out ways they can add value to the business.

Mangiapane highlighted one employee who has been with Mars for 15 years and taught herself how to code to automate the billing process for one of Mars’ outside vendors. By upskilling herself, the employee simplified parts of her job and freed up hours every month to focus on more mission-critical tasks that actually may produce meaningful results for the business.

Mutuality With an Outside-In Perspective

Mars also believes "the standard by which our business relationships should be measured is the degree to which mutual benefits are created."

These benefits aren't solely financial; they also align with the company's larger purpose to minimize its impact on the planet, give back to the community by being a good corporate citizen, and treat its vendors and employees fairly.

"In the past, we've tended to see ourselves as Mars: We've got great products. We've got great people. We'll figure it out," Mangiapane said. "But I think that in today's world — the complexity of the volatility and the uncertainty of it — has caused us now to look beyond our four walls and really establish true strategic partnerships, whether that's with customers or whether that's with suppliers."

By taking an outside-in perspective, Mars empowers its partners to succeed, which in turn provides more value for its own business.

Freedom to Test, Fail, and Learn

Mars is a private company, which arguably gives it more freedom to test, fail, and learn.

"Freedom for us is the freedom to shape our future," Mangiapane said. "It's the freedom to look at the longer-term because we're not subjected to quarterly earnings calls with the stock market. We can make some decisions. That may mean losing some money in the short-term because we know where we need to go for the long-term."

Mars is currently using this freedom to focus on value creation. That may seem like a nebulous term, but focusing on outcomes is the best way to determine whether something is creating value for the business.

You can accomplish this in three steps, according to Mangiapane:

"That's where I think you bust some of the silos because everybody has a clear mission of where we want to go and what everyone will get out of that. It doesn't actually have to be money, but there has to be a clear sense of 'we're all going to win at this,'" she said.

Continuing to Grow Big and Fast

Driving innovation at a 100-year-old company isn’t easy, but Mars has been deliberate about creating an environment where employees are positioned to do just that. Many companies believe they have to adopt an entirely new set of operating principles to maintain a competitive advantage as disruptive brands come into their industry and begin to peel away their customers.

However, Mars has proven that you can be both big and fast by using its core values as the anchors for its transformation. Mars demonstrates that business agility isn’t purely the domain of smaller, insurgent brands. The big guys can be just as agile too.

Rick Busby of Georgia Pacific: How to Develop Agile and Omnichannel Marketing Strategies