Jason Goldberg of Retailgeek: Top Shopping Trend Predictions — and How to Get Ready for the ‘New Normal’ 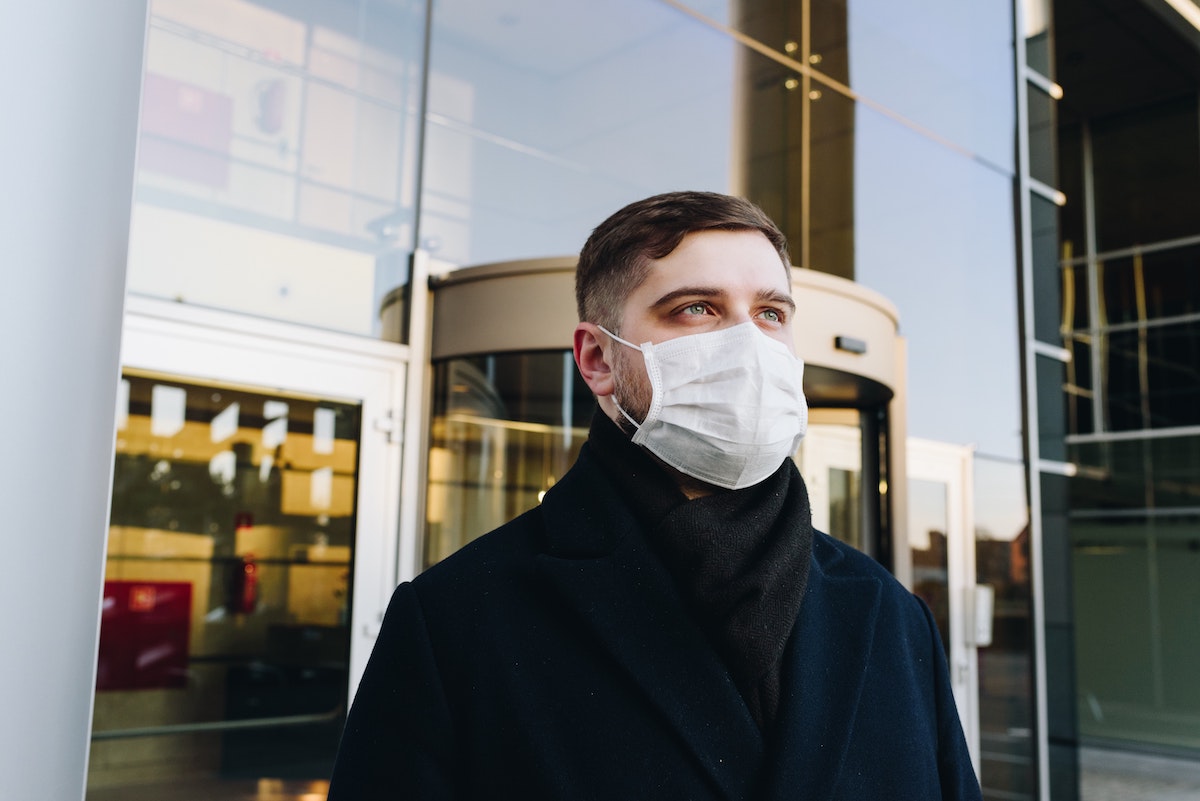 "The place where I tend to be at odds with other people's initial impressions is the likely longevity of this semi-abnormal situation we're in right now … but when you look at the fullness of the picture, and you try to be realistic, we're really advising all our retail and brand clients to plan on this current environment through the end of 2021."
— Jason Goldberg, Chief Commerce Strategy Officer at Publicis and Podcast Host

Goldberg's insights may seem surprising, but arguably, very few people understand all things commerce better than him — after all, his Twitter handle is @retailgeek.

According to Goldberg, the chief commerce strategy officer at Publicis, a multinational advertising and public relations company, and co-host of The Jason and Scot Show podcast, the COVID-19 pandemic has upended retail and commerce as we know it.

While it initially appeared that this crisis' impact would be temporary, it may have a lasting effect on how consumers buy and how brands engage them — at least over the next 18 months if you're on board with Goldberg's prediction.

That 2021 prediction is just one of many trends Goldberg thinks will affect commerce in the coming years. Goldberg shared his insights on navigating this “new normal” on the Unpacking the Digital Shelf podcast episode "Creative Commerce in the time of COVID-19."  Here are seven other predictions he forecasts for the future of commerce.

In the last five years, consolidation in the grocery industry has increased significantly, with Albertsons merging with Safeway, Kroger acquiring Roundy's, a regional grocer, and Amazon purchasing Whole Foods.

Consolidation and supermarket bankruptcies have led to a decline in the number of grocers across the country. In 2018, the number of retail grocery stores in the U.S. declined by 2.5%.

Goldberg sees this trend continuing. Grocers already operate on tight margins, and while the pandemic has led to growth for big grocers like Walmart, many specialty retailers will likely go away because they aren't as well-positioned to handle the increase in costs that accompanies increased demand.

Goldberg said more dollars are shifting away from "difficult-to-measure-media like broadcast" to more measurable media like digital platforms. With the rise of retailer advertising platforms, advertisers have even more options for how to reach consumers.

"Most of the dollars that are landing in Instacart advertising or Walmart Media Network, or Roundel Target or Kroger Precision Marketing, those dollars aren't coming from the CMO — and they're not coming from the Super Bowl budget. They're actually coming from other parts of the retailers' trade budget," Goldberg said.

"It's a win for the guy that runs the digital advertising network, but it's a loss for someone else at that retailer who had that old bucket of money. Most retailers view this as kind of a zero-sum game."
— Jason Goldberg

To minimize store trips, more consumers are buying larger pack sizes, whether it be alcohol or toilet paper.

Because of this trend, more brands will have to find new ways to encourage more consumption from consumers (i.e., 10 different recipes you can make with Campbell’s soups). Goldberg said brands will need to find new use cases for their products or be responsive and meet demand when consumers do this themselves.

Elmer’s is a prime example of this. When a teacher invented a way to use Elmer’s glue to create slime, the company had to begin offering gallon-size containers in addition to the small eight-ounce tubes that were already on store shelves.

“Elmer’s had to invent new containers that held way bigger kegs of glue to sell to consumers. As the father of a four-and-a-half-year-old, I can assure you that trend is not over. But this is an amazing story of a company just waking up one day to new demand,” Goldberg said.

For the time being, most consumers won't be headed to the makeup counter at Macy's to try on blush or dab themselves with the latest celebrity fragrance, so the challenge for brands will be figuring out how to deliver a similar experience virtually.

L’Oréal is already leading the way with this. In 2018, the company acquired the augmented reality (AR) and artificial intelligence (AI) company Modiface. Last year, L’Oréal began offering AI-driven virtual try-ons of makeup on Amazon, allowing consumers to use their mobile phone cameras to test out different cosmetics shades via a live video. 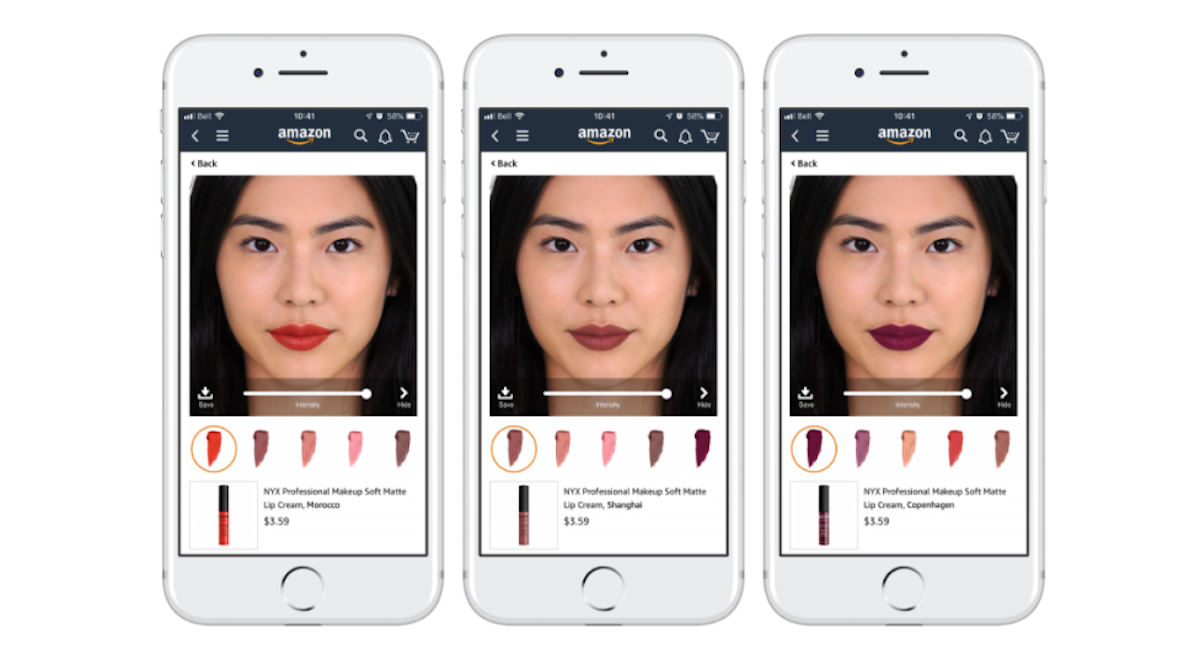 Food Sampling Will Change Too

Goldberg added that we could see a similar trend with in-store food sampling. Grocery retailers may pivot from offering open trays of food in-store to small, sealed samples consumers can take home to try.

Costco already has begun offering new sampling experiences, which feature individual pre-packaged items stored behind plexiglass. Other retailers may use this as a model for how to move forward in the post-COVID-19 era.

More D2C — With a Side of Personalization

"The unit economics around selling a $3 bag of chips as eaches makes no sense and consumers don't want it," Goldberg said, adding that products like custom-packaged Oreos, personalized M&M's and Coca-Cola bottles and paper towels branded with your favorite football team's logo are much bigger draws for consumers.

"There are lots of plays like that make sense," he said. "For a bunch of brands, they might make money, and as a standalone business, it might make sense to do that."

Aside from the revenue benefits, going D2C also may help brand manufacturers improve their product content. Goldberg shared the example of the French cookware company Le Creuset. The company, which sells cast iron pots called French ovens, saw more searches on its website for Dutch ovens, which they didn't sell.

"They were totally oblivious to the fact that the rest of the world that doesn't work for them calls it a Dutch oven, so all the searches on Le Creuset were 'no results found.' What they did — which any smart manufacturer would do — is they created a page that detailed why a French oven is better than a Dutch oven. Now, all those searches for Dutch oven land on that page and links to all their French ovens," Goldberg said.

"They learned to create content like that for William Sonoma and Macy's, as well. They would never have gotten the insight from Williams Sonoma or Macy's that there were a bunch of searches for Dutch ovens that were going unfulfilled. Launching their own site caused them to learn a lot more about what it took to create good product content," he said.

Going forward, we may see more brands launch D2C websites to own their customer experience and generate data they can use to improve their product content across all the online channels where they sell their products.

The New Normal and the New Way Forward

From increased margin pressure to brands shifting budget from in-store to digital channels, commerce is rapidly changing. The pandemic has caused many brands to adapt and become more agile, but the question is whether the pivots we've seen during this time will have a lasting effect on how brands engage consumers and move them further down the funnel.

For the moment, the answer seems to be yes.

But if Goldberg's prediction holds true, we won't know for sure until after 2021. Fingers crossed this is one area where the "retail geek" finally gets it wrong.

Jason Goldberg of Retailgeek: Top Shopping Trend Predictions — and How to Get Ready for the ‘New Normal’