Brent Bellm of BigCommerce: Why Embracing a D2C Model Can Help Brand Manufacturers Diversify Their Business 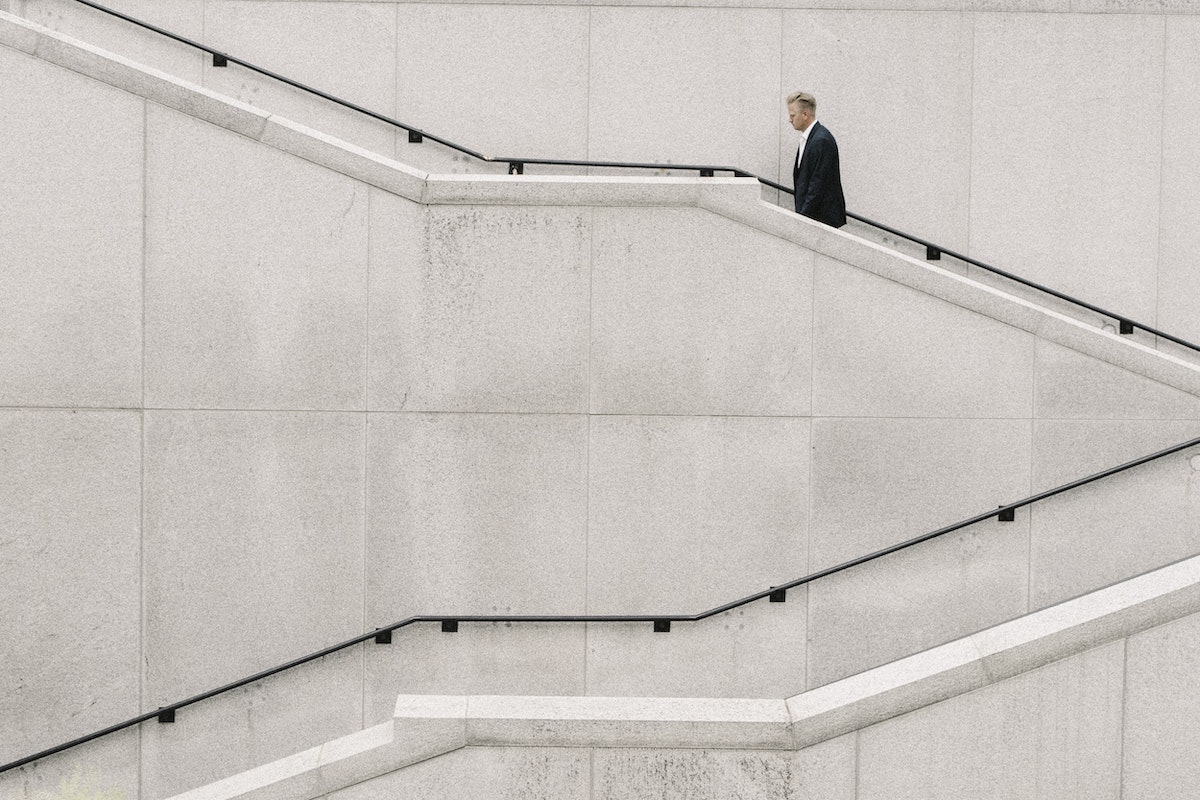 "There aren't any good reasons not to go direct anymore. The heart of the argument are the many good reasons you should … the vast majority of brands globally have now already made that leap. You've just got to know that there's no reason if they can do it, you can't."
— Brent Bellm, CEO, Ecommerce Platform BigCommerce

It seems as though everybody is going direct. As of 2019, more than 400 direct-to-consumer (D2C) brands now vie for consumers’ attention. In 2020, that number is likely to grow as more companies try to increase their margins, decrease their reliance on ecommerce giants like Amazon, retain more control over their customer relationships, and future-proof their business.

Brent Bellm, CEO of ecommerce platform BigCommerce, spends his days helping retailers and brands stand up their own D2C sites. Bellm shared the latest data, trends, and actionable D2C insights on the Unpacking the Digital Shelf podcast episode: “From Bricks to Clicks: How Brand Manufacturers Can Future-Proof Business With D2C.”

Here’s his take on the changes he sees in the industry and the advantages D2C offers for brand manufacturers.

The Pandemic Has Accelerated the Shift to Ecommerce

With lockdown orders and store closures, many consumers have shifted their spending online. Analysts project ecommerce spending to reach nearly $710 billion this year, a year-over-year increase of 18%. Brick-and-mortar retail is expected to decline by 14%.

"The pace [of ecommerce adoption] radically increased starting in 2017. We were on pace to go from 10% to 20% in five years by 2022, and to probably go from 20% to 30% in another five years and then 30% to 40% in another five years [after that]. As if that weren't fast enough, the pandemic came along and probably advanced us somewhere between two to four years on that time frame," he said.

Bellm said he'd seen this firsthand in his own business. Many of BigCommerce's clients have experienced around an 80% growth rate in ecommerce sales over the last six months. Whether this rate will sustain itself is anyone's guess.

"We can't predict what will happen. I anticipate the numbers will come down," Bellm said. "I think that'll come back down to maybe 40% and we will exit this whole thing into a new normal where far more consumers are buying far more products from far more retailers or brands than they have ever before, and far more businesses will have either launched ecommerce or doubled and tripled down on what they do online."

Speed to Market Is Critical for Brands Launching D2C Channels

Bellm said the number of companies creating ecommerce stores on his company's platform has doubled since the pandemic. Most of BigCommerce's customers are purchasing enterprise plans that allow them to stand up their ecommerce storefront as quickly as possible with the most functionality possible.

This may be because many brand manufacturers are playing catch up in the race to capture online sales.

"They know that they're behind, but they don't have the time if they're established complex brands or businesses to go through a requirements documentation requests for proposal process or an extensive sales evaluation process. They're like, 'I've got to start selling online tomorrow,'" Bellm said.

"They just want to get live first, and they're going to come back and keep investing in that same site that they're building or set of sites and add better applications, better integration into legacy systems, and maybe more into the design and user experience," Bellm added.

The Advantages of Going Direct Outweigh Any Potential Channel Conflict

Channel conflict has historically been one of the biggest reasons not to embrace a D2C model, but Bellm said the advantages of going direct outweigh any potential conflict with a brand manufacturer’s primary distribution channels or relationships with retailers.

What’s become even more important is the relationship brands have with their customers.

“Creating a direct relationship often for the first time with your end consumer gives you unbelievable benefits and insights, including better merchandising and marketing,” he said. “Now you can test things. You can test them so much faster than you ever could when you were dependent on third-party retailers or brand campaigns on behalf of them. Plus, you're building passion, loyalty and following community feedback — all of the things that build enthusiasm on the web.”

“This is your time to fight back, because if you're a legacy brand, you already have the following but you just haven't fully tapped into it yet,” he said.

Brands Use D2C Channels to Test, Learn, and Innovate

Brands like Skullcandy, a wireless company, and sock manufacturer Gildan are using their D2C channels not only to sell to consumers, but to experiment with different offerings.

“What they're finding is that they're able to now roll out new marketing and merchandising campaigns multiple times a month. By being able to keep their content fresh and spokespeople fresh, the themes look fresh. They're able to sell far more and test far more than they ever could when they were reliant on the annual purchasing cycles of third-party retailers,” Bellm said.

“That's helping their direct sales, but it also helps them introduce and test new products and marketing positioning that they can work through the channel on behalf of their independent retailers,” Bellm said.

Gildan is also testing and learning through its D2C channel.

“They're finally going direct. Why? Because they are so used to being very distant from their end consumer and selling at very low price points. They're like, ‘Let's start testing it. Let's try sizes and colors and things that we haven't before,’” Bellm said.

The lesson here is that D2C can give brand manufacturers a better opportunity to recover their margins by testing a different product aimed at a niche that might provide more value than the audience segments available through a mass retailer or ecommerce giant.

Along with potentially reaching new audience segments, brands also can use their D2C channel to test their messaging, which could help them increase their marketing effectiveness, get greater ROI for their marketing dollars, and drive increased sales and greater customer loyalty.

When brands rely on retailers or ecommerce sites to sell their products, they’re making a trade-off because these third-party retailers can only offer a sliver of their overall inventory. By launching their own D2C channel, brands no longer have these constraints.

“By having a direct presence, you have the ability to present the whole range of what you sell in one place, without having to force it through a single store or a single retailer,” Bellm said.

GE Appliances, for example, has capitalized on its D2C channel for this purpose.

“If you go to GE Appliances’s gorgeous site, you can see the full range of what they have — all the different makes and models of refrigerators and dishwashers and other things — and pick the specific one you want, because the odds that it's on the showroom floor aren't high. They [GE] actually do this in support of their retail channel in many cases,” Bellm said, adding that customers can basically “webroom” or browse the site and then make their final purchase in-store at a local retailer.

D2C channels also give brands the opportunity to customize their products for different audiences and shift from selling to a mass market to selling to “masses of markets.”

Bat manufacturer Marucci Sports is a good example of this. The company allows customers to customize the color of the grip of each bat they order and add their name or their favorite phrase to it.

Instead of customization, some brands, like Gillette, have embraced a subscription model to strengthen their relationship with customers and to better compete with digitally-native startups like Harry’s and Dollar Shave Club.

“The most important thing they're doing is anchoring on subscriptions and trying to get the Gillette user to adopt a relationship with Gillette, with nice economics for the user. If you get a recurring — let's call it every six months a supply of new razor blades or maybe some new shave cream — that really is the anchor behind their strategy,” Bellm said.

Bellm added that subscriptions present a new way for brands to serve consumers repeatedly and “give the consumer discounts by virtue of buying a subscription they otherwise couldn't get if they bought through third-party retailers.”

Google Shopping Could Affect the Future of D2C

Digitally native brands initially benefited from free advertising on platforms like Instagram and Facebook. However, all of these walled gardens are now pay-to-play, so the economics of reaching consumers has changed in the D2C space.

Google's recent decision to change its algorithm and feature unpaid listings from legitimate brands more prominently on its Google Shopping platform than paid product listings could help D2C brands reap more value from organic search and build their brand authority. If your brand hasn't yet launched its own D2C site, this is a compelling reason to do so.

"You're probably going to have a lot of good conversion from consumers. I think this is a monumental win. It's also going to lead to a consumer shift in some amount of traffic away from Amazon and back to Google, because Google is going to be the better, more authoritative, and more comprehensive place — including Amazon and eBay — to find all the folks who are selling a given product," Bellm said.

Launching a D2C site allows brands to test new product concepts, new ways of selling, buying, and customizing their products. This can accelerate innovation that also allows brands to sell more effectively on other retail and ecommerce channels.

But as we’ve seen in the last few months, this kind of diversification can reduce the risk to brand manufacturers and put them in the best position to future-proof their business.

Listen to the full podcast episode to hear the latest D2C data, trends, and strategies.

Justin King of Salsify: Why Cryptocurrency, Blockchain, Web3, and NFTs Will Reshape the Future of Ecommerce

Kiri Masters and Caroline Adams of Bobsled Marketing: How To Develop Your Brand’s Amazon Success Strategy